The power of dialogue

After several years, I met Roberta again. She was one of the first friends I made when I moved to São Paulo, more than 10 years ago. Her husband and she helped me perceive that I could create relationships and roots in this city. The time passed and we lost contact, as our jobs started to gain bigger dimensions and space. Although a nice sensation of friendship and tenderness remains, revealed by the memory of several conversations. We were both good conversationalists.

– “Hey Roberta, long time no see, huh? How is life? And Claudio, how is he doing?” – I shot, asking several things at the same time, a trademark of meetings after long separations.

– “I’m good, working a lot, finished my Masters” – and amended an explanation about her dissertation. I have always pictured her as a very intelligent and focused person; never doubted her academic success. She was excited talking about her activities, but not a word about her personal life, about her marriage.

– “Congratulations, girl, I knew you’d go to the top. But what about Claudio? Is he still at that company? Still playing ball?”

– “To tell you the truth, I don’t know what he’s been up to. We split up oven a year ago. No one told you?” No, no one had told me; even because we didn’t have many friends in common. But the news had a weird effect on me; it was like someone had informed me of the fall of an institution. I had their good relationship as an example.

– “Oh, I’m sorry to hear that. But what happened? You were so close, or at least seemed to be.”

– “I don’t really know. All I can tell is that, with time, things started to change, until we felt we didn’t have any more dialogue between us. While we were talking about our plans and personal dilemmas the things went well. When we stopped talking, opening our hearts, the relationship started to sink. Since love was gone, we preferred to break up before we lose respect for each other. I also think it’s a shame, but I can tell you it was good while it lasted.”

Dear Roberta have just made a quick technical analysis of the end of her relationship: “It was good while it lasted and it was over because of lack of dialogue”. It’s hard to say if love dissolved due to the lack of dialogue or if the dialogue has rarefied due to the volatilisation of love.

What this story tells us is that dialogue, communication, opened hearts – from what Roberta said -, either being symptom or cause, deserves special attention. Because dialogue can be the remedy for all ills, once it permits the unifications of ideas, emotions, dreams and also sorrows, that can only be solved if brought to light, if become clear, if a bridge to connect our souls is constructed.

This bridge is the dialogue. Suddenly I remembered a short poem I made when I was the a graduation patron: “Choose to be a bridge, dear youngster, never a wall / Bridges unite, walls separate / Bridges put hearts to dialogue / Walls make the intentions mute and debilitate souls / Choose a bridge to reach the future / A simple bridge / But a bridge that shows the way to love”.

No, dialogue didn’t lose importance in our current, fast, globalised, technological, cybernetic, blogging, tweeting world. But dialogue has been apparently overlooked by those who think it does not match with modernity, and especially by every man or woman who have put it, conscientiously or not, the pyramid of human values upside down.

Let’s make it clear: dialogue is an intention, regardless of the environment. It is possible to maintain excellent dialogues thought tools such as skype, MSN, SMS and similar. Tools that can be well or badly used, like everything in life.

How does true dialogue happen? –  “To a monologue with you, I prefer a dialogue with myself!” The outburst-sentence above can be a joke, or part of it, but it contains the truth, as it is not uncommon to see what seems to be a dialogue – two people talking – is in fact is an unilateral speech, on which only one speaks and the other only listens. Even though sometimes necessary, it is not a dialogue.

Knowing how to dialogue is more than knowing how to speak. Dialogue presupposes hearing and analysing before replying. “Dialogue is to listen without judging, without taking a position immediately. It is to respect, to include, to use appropriate mental filters. Dialogue isn’t taking sides, defining what is right or wrong, or excluding what isn’t part of my personal life”, says the psychologist Lamara Bassoli, coordinator of the School of Dialogue of São Paulo.

Yes, there is an institution to help people and companies (that are nothing else but groups of people) to recover the capacity of dialogue, promoting “transformation of human experiences and conscience amplification”.

Considering life is a set of interactions, dialogue is the essence of life. “Dialogue is to pay attention, it is a reconnection with yourself, with others, with the environment, with nature” continues Lamara, who speaks softly, always looking in the interlocutor’s eyes. It can seem strange to exist a school to teach dialogue, but the idea isn’t exactly new. In Ancient Greece, the Education already thought of it. Education was – and still is – the way to stimulate young people to live autonomously and to collaborate with the polis, with the society, which was focused on the life in the city at that time.

In the city-states of Ancient Greece there was a space dedicated exclusively to the practice of dialogue: the Agora, the place to make exchanges, to exercise politics, trade, and ideas in general. The School of Dialogue has a similar space, destined to stimulate free, rich and respectful dialogue.

So is it possible to learn how to dialogue, to improve the ability of communicating and understanding the others? In the Antiquity, when training young people became a social activity of major importance, the study was divided in two great chapters. One of them was called the Occupational Skills that sought giving the young a craft, a technical, operational competence, something with a certain scientific character. Then they would become something that nowadays we would call businessman, entrepreneur or specialist.

The other chapter, mainly for youth from more privileged classes, was composed of the Liberal Arts – a set of studies whose purpose is to provide the youngster with knowledge and skills that would allow them to more easily handle the citizen’s necessities, being able to use their influence to live happily producing well.

The so-called Liberal Arts were divided in two chapters: Trivium and Quatrivium. Both, in their turn, had their disciplines. Trivium was composed by grammar, rhetoric and dialectic. The Quatrivium was divided in arithmetic, geometry, music and astronomy.

Note that the Trivium’s aim was to develop man as a structured being for communication. Grammar teaches how to deal with words, with the logic of constructing phrases, the beauty of language. The rhetoric is the art of speaking, of speech, of ideas externalisation. The dialectic presupposes the contraposition of ideas as a way to elevate thoughts. 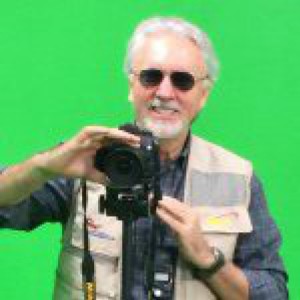